Following a festival of football on a global stage and a feast of tennis, it would be timely to reflect on what, if anything, did those two major tournaments teach about human endeavor and leadership.

Irrespective of the global geopolitical or financial challenges of many nations, football, somehow seems to unite the world and focus the attention on one tournament, 32 teams and 4 weeks of spectacle.

Maybe it is the drama, the colorful crowds, the spectacle and uncertainly of expectation and the high and lows, but something consumes billions of people to enthrall in this truly global event. Only the Olympics has a greater pull in terms of a global audience.

The same goes for the tennis. Albeit Wimbledon is only one of the grand slam circuit events, it seems to have a much greater level of interest for both players and audience that are drawn to the history, glamour and tradition of the Centre Court battles.

What can these two events teach us about players, leaders and leadership on a global stage?

The young upstarts: Who is Mbappe anyway? Every major tournament unveils a new young talent that manages to capture the world’s imagination. Like the new recruit or the super start sales person, they have a halo effect, a light around them and a natural ability that stops people in their tracks. You need these people in your team, you want to groom and hang onto them, even if they are tempted away.

The old timers: Seeing Roger Federer battling it out with the younger, maybe fitter, guys shows that there is still room for the grey-haired, experienced players to rise to the top. There is nothing better than experience for knowing all of the tricks, and the knowledge that there are no short cuts to success. 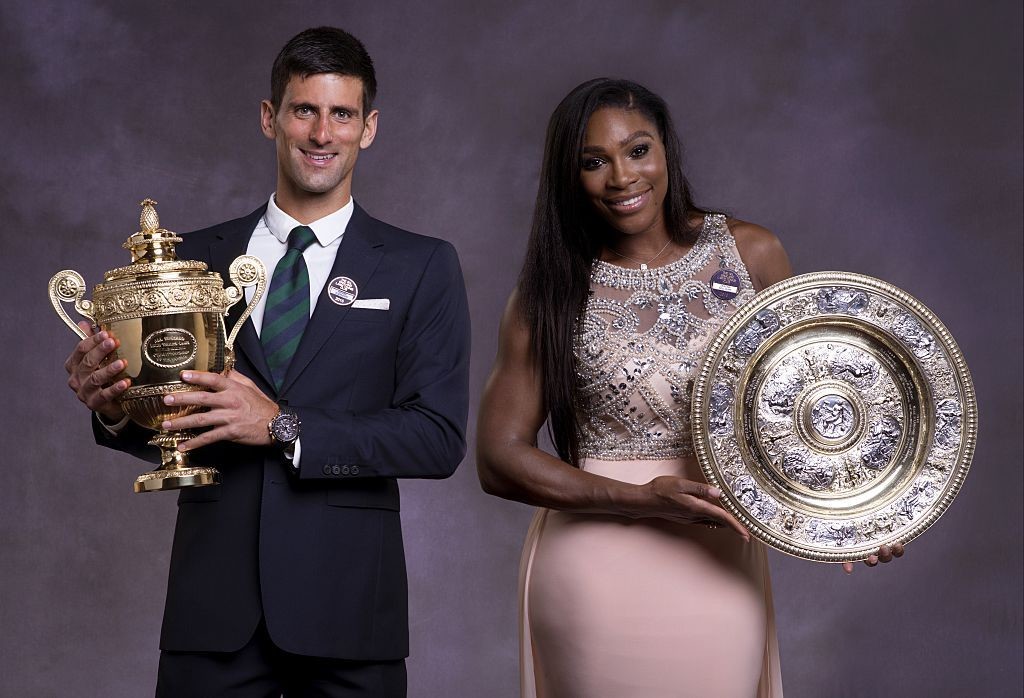 The returning champions: Selena Williams was in her 10th final within 18 months of having her first child. Like any mum returning to work, how hard it must be to get back on the horse from a fitness point of view – and to be driven and motivated enough to get to the top again. It is not easy. Irrespective of age, fitness and the sacrifices you make, you can have it all, if you are prepared to work hard or smart. 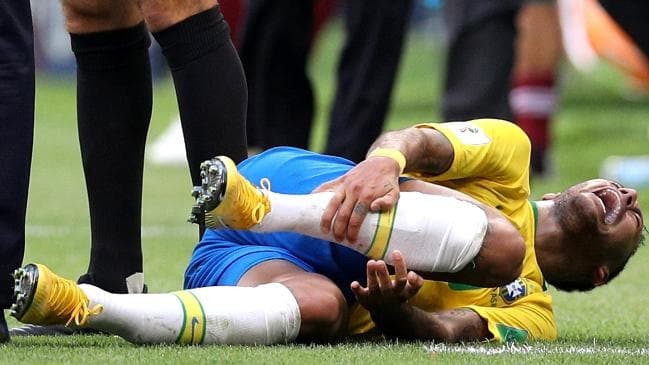 The actors/bad losers: Everyone’s pet hate in football is the fake injuries, the acting and falling about, plus the temper tantrums thrown by players at the referee. In business this would never be tolerated. We all know those that are faking it, the actors and the bad losers. No one likes them or wants them on the team however good their performance, and they reflect badly on your team and organization.

So what lesson can we learn from these players and teams we have observed the past few weeks? 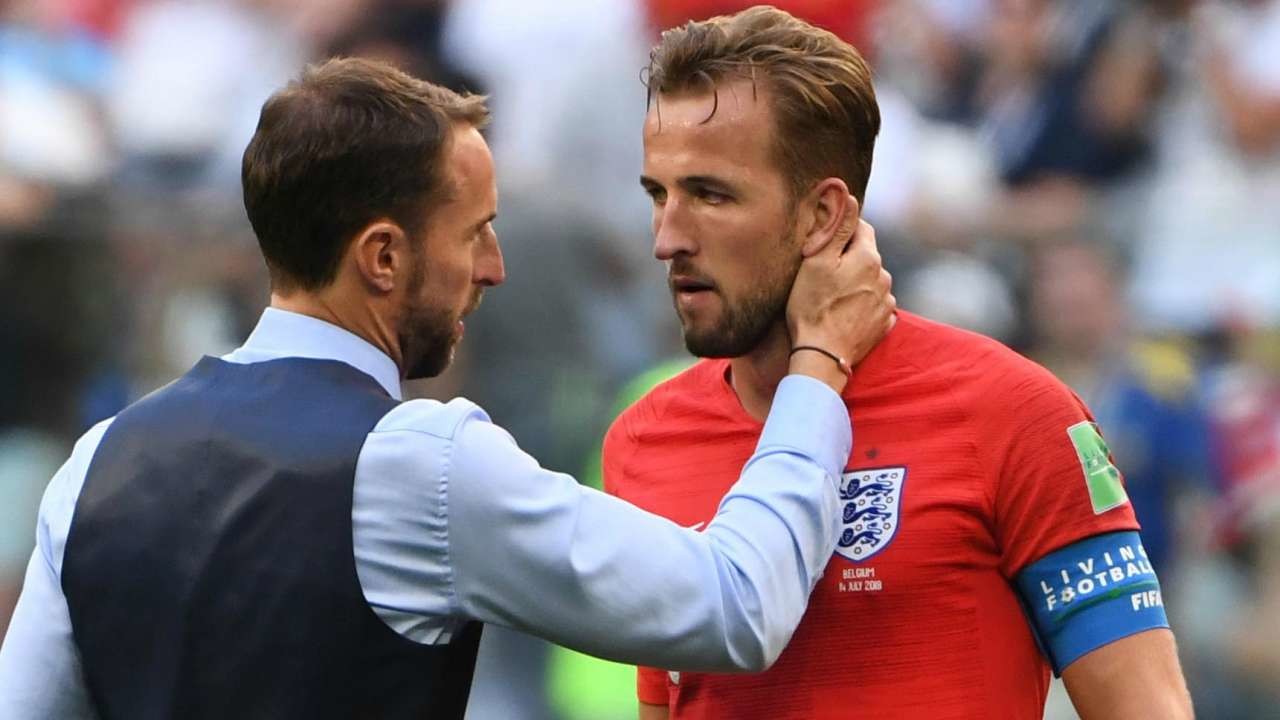 Every great player or team needs a great coach: Class, honesty, integrity, are all soft skills that are free, but are not taught enough. They can go a long way but are often not demonstrated enough. Gareth Southgate as England coach was a fantastic exemplar coach.

Make sure you have the best people on your team: The world cup makes household names. The rise of many stars begins, or ends with your performance on a global stage. In business, you need a great team, not just great sales people, or strikers – the support staff, the defenders, mid field and goal keepers are just as important. They may not get the glory, but you cannot operate without them.

Keep focused on the prize: In tennis you may lose a point, a game, a tie-break or a set; in football a decision, a game, or a great team member. What all champions have in common with business is they remain focused on the prize. Musk, Bezos, Welch, and all great leaders remained focused on the big picture, the long-term prize, irrespective of the short-term results.

Know your competition: Sports teams spend a fortune on knowing the strengths and weakness of their competitors. Is it their defense, their serve, their line speed? In business use the same tactics. Watch what they do, see what they have. Don’t copy, but as they say, keep you friends close and your enemies closer. Do you want to be biggest, best or best employee? You can choose only two.

Enjoy the game. It a head game: Sometimes you fail, and things don’t go your way. In business you will have up and downs. In business it’s easy to forget that you are continually growing and learning, and finding new solutions every day. Take those things away and enjoy the game. As Novak Djokovic says ”The top 100 players are 99% the same in case of skills and talent” the difference is in their heads and their attitude.

There is no “I” in team: Probably one of the most commonly used business terms, but it is too true. In football, there is never a one-person team, and in tennis the coach, the nutritionist, the psychologist, are all part of the team. No one person can succeed on their own, and if they did it would be short-lived and lonely.

Believe in yourselves: Many teams in the FWC 2018 were not given a chance or hope of progressing. England and Croatia were not predicted to be semi-final contenders. The finalists at Wimbledon were not all the usual suspects. As per Henry Ford, “If you believe you can or you can’t, you are probably right.”

Celebrate the good times: You never know when this is going to be your last match. Injury, or being dropped are a reality in sports. In business it can be the same. Work is no more predictable, so make sure that whether you are a team, an individual or a partnership you take time out to celebrate your wins as you never know which one may be your last.

Matthew Lewis is a Partner at Boyden Middle East in Dubai, as well as a talent expert and leadership coach at N3 Executive Coaching. he is a mentor and trusted advisor to CEO’s and family groups in the MEA region. www.n3ec.com

Matthew is a senior executive search, leadership and executive coaching professional with over 24 year’s global expertise in identifying, assessing and coaching talent and senior level executives. He has hired senior executives in 45 countries across the Americas, EMEA and Asia Pacific for the world’s leading companies.
Since 2010 he has been Partner for the Middle East and Africa with Boyden, the world’s oldest and largest private executive search firm, founded in 1946 with over 70 offices in 40 countries. Matthew has conducted over 500 Global Searches, interviewed over 6000 global C level senior executives, conducting over 200 hours a year of executive coaching and assessment of executives, boards and their performance.
In 2009 he founded Alchemy Executive, an emerging markets focused Executive Coaching business works with leading regional companies and exceptional individuals across MEA. In 2015 he Co-founded N3 Executive Coaching. N3 delivers Neuroscience based, academically accredited coaching to executives, corporates, MBA schools and students across the EMEA region. Matthew is currently conducting his PhD research in the field of Neuroscience and its impact and effectiveness Executive and Health Coaching whilst also writing his first book, focused on the field of Employee Engagement, Motivation, and Corporate and Personal Performance. He is a member of the AESC (Association of Executive Search and Leadership Consultants), a member of the ICF (International Coaching Federation) and the Capital Club, Dubai.
Matthew serves as a Non-Executive Director and Committee Member of the British Business Group, Dubai and Northern Emirates. He is also a volunteer, Coach and Mentor to Reach, the leading Women in Business, Not for Profit mentoring organization in the Middle East.
Matthew is a regular speaker at various MBA Schools including INSEAD and London Business School where is he is also an EMBA coach. He is a regular media contributor and commentator in the MEA region on talent, succession planning, leadership, regional dynamics, cultural awareness and nationalization. Matthew graduated with a BSc (Hons) in the UK and has lived and worked in London, UK, Hong Kong and since 2007 in the Middle East and Africa based from Dubai, UAE