Is foreign travel necessary for learning a language?

I studied languages at university, and a requirement of the course was to spend a year living abroad. I really didn’t want to go! I think I was probably the only person on my course who wasn’t looking forward to spending time abroad. I was extremely nervous, enormously shy and I had never really spent any length of time living away from home by myself. I begged and pleaded with the university lecturers, asking them if I could skip the “year abroad” section of my course. They said that if I wanted my degree, I would have to spend some time living abroad.

I was very different to most people on my course; I was merely learning languages because I loved languages. I loved learning about how languages worked; I loved learning the grammar and new vocabulary. I had no goal in mind. I loved writing essays in French, giving presentations in Spanish and reading poetry in Italian. However, I was never really drawn to actually using the language in real life situations (I have since become very drawn to this aspect of language learning).

In the year prior to living abroad, we did a lot of preparation; we met final year students who had just come back to England after living abroad, and we learnt about what to expect. Despite my reluctance to go abroad, I could see that it would benefit my language skills enormously. I knew that I would come back home practically fluent, so that was what I focused on. Well, my language skills did improve immensely, but not for the reasons that you might imagine.

During my year abroad, I might as well have been living in a bubble. I remember we were told to integrate into the local society and not to waste our year abroad. Well, I did not integrate, at all. I did the opposite of integrate. I became a recluse. I was a happy recluse, but I was a recluse nonetheless. If I ever did go out and attempt to socialise, I didn’t say a word to anybody, I mainly sat and listened. I would look on Facebook at other people on their year abroad and see them all integrating beautifully; they were going out, making friends, and making an effort to fit in. I remember thinking in my last week, “Oh no, I’ve wasted my year abroad. Everybody else will come back fluent and I’ll be worse than when I left.”

When we all got back to England, we were told that we would have to give a twenty minute presentation in each language, describing what we got up to and if and how we thought our language skills had improved.

I couldn’t sleep thinking about this presentation. I thought, “Everybody is going to speak perfect Spanish and I’ll get up and sound like a Neanderthal.”

I gave my presentation, and afterwards, my lecturer came and spoke to me, saying how impressed she was at the improvement of my Spanish. She said I had obviously used my time abroad wisely and that my Spanish had improved immensely. I couldn’t believe it. I found it very hard to get out of the room after that as my head had grown so enormously large that it wouldn’t fit through the door!

Here’s what I did during my year abroad

When I lived abroad, I basically became a recluse. I didn’t really mix with many people; the only people I really spoke to in Spanish were my landlady and the shopkeeper. So how did my Spanish improve so much? Well, what living as a recluse gave me was a lot of free time.

– I studied grammar, in depth
– I watched the local TV, little and often
– I watched foreign language YouTube videos, the same ones again and again
– I mimicked the people on YouTube, I would mimic their accents accurately
– I earwigged other people’s conversations (people living below me, people in the street)
– I had imaginary conversations with myself, I imagined I was being interviewed
– I read newspaper articles, mainly stupid articles about Mariah Carey and Shakira or I would read Perros magazine

All of these things were really things that I could have easily done back in England. Of course, I could have utilised my time abroad a lot more effectively, but the point is, living abroad isn’t a necessity if you want to become fluent in a foreign language. In today’s modern world, we have access to all sorts of material.

So, spending time abroad isn’t necessary, but I’m not saying that it doesn’t have huge benefits; it does! If you get the chance to go abroad, there are lots of things you can do.

Getting the most out of your holiday — preparation

Whenever you do get the opportunity to spend time in a country where they speak the language you’re learning, you want to make the most of it. A little preparation can go a long way in making your experience a very memorable one.

You should try and prepare a list of things to say and where you’re going to use them. This list needn’t be an endless list; just five or six things to start with is perfect. Write down sentences with things that you know you’ll use and then spend a day or so before your holiday reading them out loud to get your tongue around them.

“The food here is always absolutely delicious”
You could say this if there’s a particular restaurant you go to a few times. I’ve used this one plenty of times and have often found myself with a free drink or a dessert on the house because of it!

“I would like the chicken for me and the paella for him, please”
This sort of sentence is always useful and can be modified easily. Once you memorise the construction, you’ll be able to rattle it off with no problems.

“Do you have any cheese?”
Again, this is another one of those sentences that can be changed easily. You can change “cheese” to anything but the question structure remains the same.

All of these sentences are things that could start a mini-conversation with somebody. It doesn’t really matter if you don’t quite understand everything or even anything of what’s being said back to you. The more you listen, the more your ear will tune into the language. There were many times when I first learnt a language where I had no idea what was being said to me in a conversation. I often felt deflated that I couldn’t understand, but every time I had a conversation, it got me a little step closer to where I am now. I had to go through lots of failed conversations to achieve fluency.

You should make sure you take every opportunity to speak, no matter what. Even if, in your own language, you wouldn’t say something, you should say it in the foreign language. You might know where the toilet is in a restaurant, but that doesn’t mean you shouldn’t ask the waiter where it is anyway. You might not think the food was “absolutely delicious” but it’s better to say that when the waiter asks if your meal was OK than just saying “yes”.

The more you speak as soon as you arrive in the foreign country, the easier it will get because your confidence will begin to grow. Even just a few days spent abroad will do wonders for your language skills.

One man I taught told me that he was so nervous on the plane journey to Spain. He was really panicking because his wife was expecting him to speak lots of Spanish but his nerves made him think he was going to fail. He said as soon as he got to the airport, he went straight to the car rental shop without his wife and said, “Hola, ¿qué tal?” to the lady at the counter. This means “Hello, how are you?” in Spanish. He said the lady looked up and smiled and said, “muy bien” meaning “very good.” He was so elated that he had spoken Spanish that he booked the car completely in Spanish and then couldn’t wait to talk to somebody else. His confidence was boosted just by that first little utterance and his wife told me that he was speaking Spanish to anybody who would listen after that!

So, speak the foreign language the moment you arrive and speak to anybody who will listen. Speak to airport staff, speak to shopkeepers, cleaners, hotel workers, pool cleaners, anybody. The more you speak, the better you’ll get.

If you would like to learn to speak a foreign language using one of my courses, you can learn French, Spanish, German, Italian or Portuguese. Just visit www.3minute.club 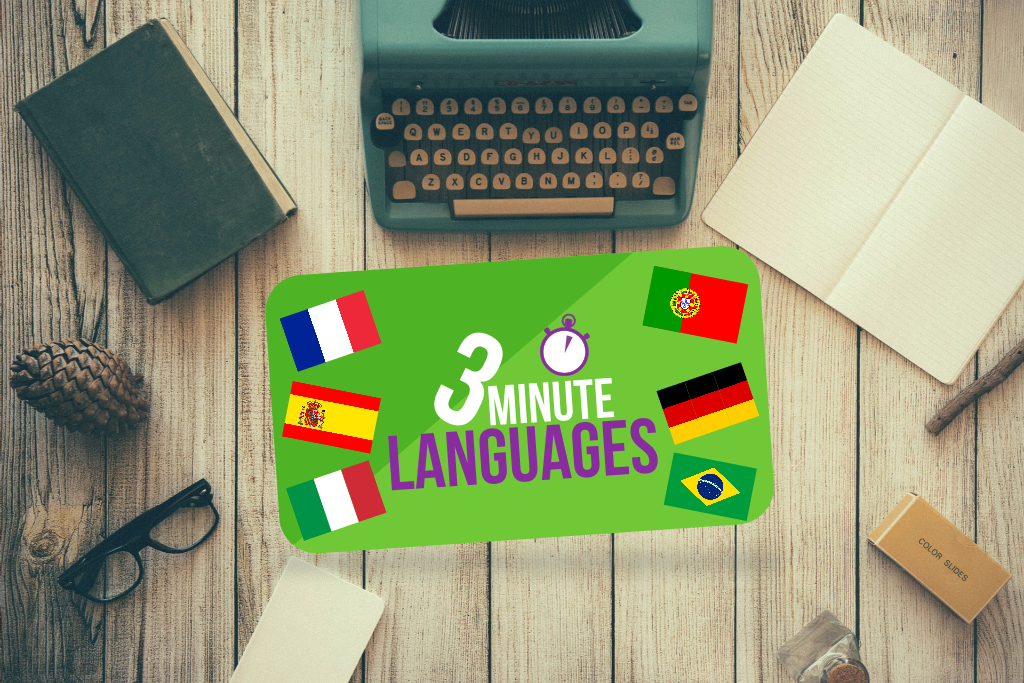 I’m Kieran and I’m a language tutor based in the UK, and I also create online courses and write books to make language learning accessible to all.

My books and online courses are based on the methodology I developed for teaching languages, which I've been using in all my classes for many years. The methodology will get you speaking quickly, without the struggle normally associated with language learning.

I’ll not bore you with my life story or intricate details of the history of the methodology; I know you probably just want to start learning now, so I’ll let you get on with it.

The 3 Minute Languages courses are perfect for the complete beginner. They will get you speaking a language from scratch, assuming you know absolutely nothing. You will be amazed at how quickly you’re able to put sentences together. And you will memorise new words and phrases easily without even trying.

The Building Structures courses are a revolutionary way to look at foreign language acquisition; you will learn how any language can be broken down into around fifteen structures. Each course focuses on a different structure, and you will learn how to form it, make it negative and turn it into a question. Each structure gives you a huge amount to say, and once you’ve learnt all fifteen structures, you will know everything about the language. All you have to do is fill in the gaps with words to form a sentence. These courses are for students who are slightly familiar with the language, and what to boost their progress.

I've also created one extra course focusing on English grammar for speakers of other languages:
Fly Through English - Verb Tenses

In other news, my 3 Minute Languages courses have made the list for 2018 "Best Online Courses" by the company "Online Courses Review"

Thank you for all your support :-) 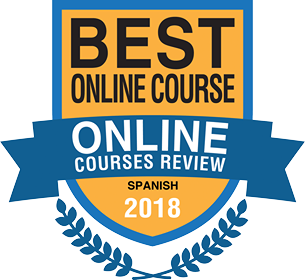 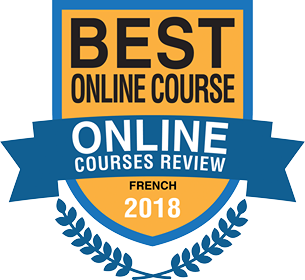 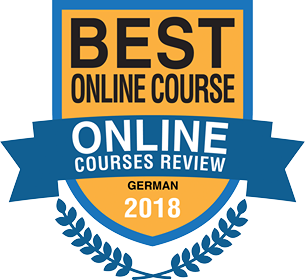 How To Prepare Yourself In Overcoming Challenges for A Life Abroad!

Taking a more immersive approach to your global travels