No one wants to die alone. We all strive to be heard and recognized in life, but as death approaches and time is running out, connecting with those who make time to be present, who sit, listen and hold a hand, takes on an especially poignant significance.

SilverStone Hospice CEO Alfonso Montiel’s first vigil experience as a hospice volunteer was with Harry. Nearly 100 years old, from a Viennese family of opera singers, Harry had no living relatives. Almost deaf and nearly blind, Harry played opera so loudly that Montiel had to shout in order to be heard.

During a visit, Harry told Montiel that he missed “iced coffee with heavy cream and sugar,” and Montiel rushed to Starbucks to find one. He held up Harry as he took a small sip and Les Contes d’Hoffmann played on a tiny radio. “Isn’t that sweet?” Harry said. Harry told his nurse that he had been teaching Montiel about music. Harry’s nurse told the hospice that Montiel had probably added two more weeks to Harry’s life.

“Hospice has been shown to prolong life for patients that receive these services early enough in their diagnosis, as they tend to receive better care,” Montiel says. Yet, research indicates that few give timely consideration to what they would do if they became seriously ill, and even fewer make others aware of any plans for that time. The typical hospice services, which include home care, nursing support, respite care, mental health and bereavement support, are usually free for qualifying patients.

“Hospice is a gift, truly a gift on so many levels,” Montiel says. “Most people don’t know or understand this.”

A Google search led Montiel to vigil volunteering and a series of life-changing experiences so profound that this CEO remapped the course of his professional life, bought a hospice group and positioned the No One Dies Alone Program at the center of the care team’s work at SilverStone Hospice in Dallas.

On the face of it, Montiel’s professional profile may seem at odds with one who is now so personally invested in seeking to define the essence of what really matters at the end of life and how to provide that care. His experience includes founding a $150 million private equity fund and strategy development for Fortune 500 companies. He also has a law degree and earned his MBA at Columbia. 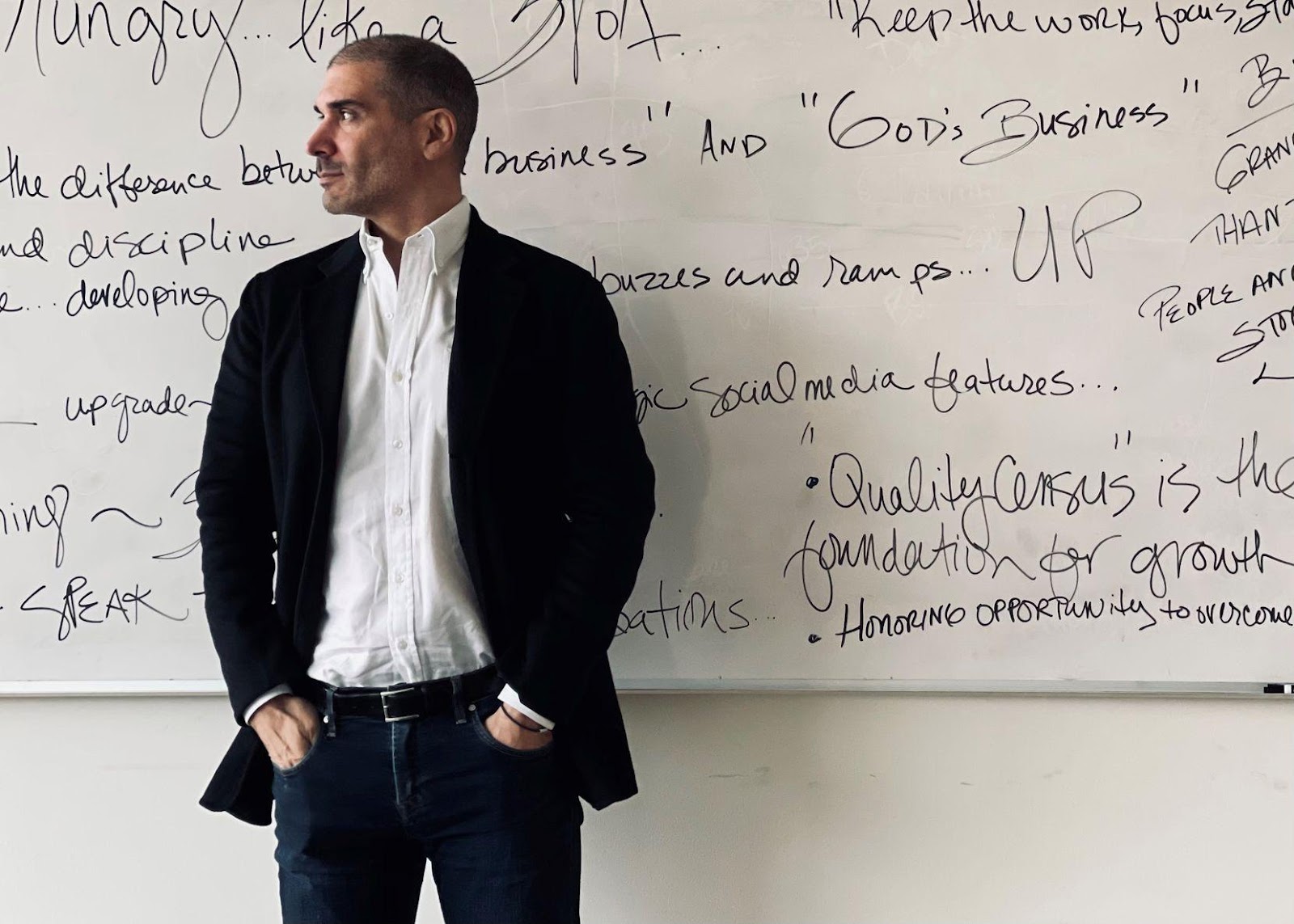 Montiel decided he wanted to offer end-of-life support, in lieu of not being able to hold the hand of his favorite uncle who died in 2019. As an immigrant of Venezuelan heritage, he wished to seek out those who were alone and for whom English was not their first language. After numerous emails offering to volunteer, only one received a response, from Nischelle Reagan, the community outreach manager and volunteer coordinator for a local hospice. Reagan introduced Montiel to vigil volunteering.

What matters in life? What matters in death? These questions stretch far beyond issues of religious belief or materialism. They are pragmatic when decisions are made to switch from ongoing curative medical approaches to palliative care. It’s gentler care; it’s not invasive. Either jointly or individually, decisions have been made that more intervention is unhelpful and possibly painful, or it will cause distress or further suffering, while potentially detracting from the quality of life that remains.

“People often expect hospice care to be all about dying,” Montiel says. “We disagree. A hope-filled approach toward hospice care creates positive experiences.”

How we transition from life will be remembered by those who keep our memory alive, and there are elements of that care that can genuinely be regarded as life-affirming. Gently talking to patients and families about death is essential if their wishes are to be known. It’s been found that patients who have an understanding of their prognosis tend to have less anxiety than those who are being denied information. By accepting what is happening and being able to plan, they live more fully in their final days. Whenever possible, hospice patients are cared for in their own homes.

Hospice not only provides palliative care that works to manage physiological symptoms, but it also supports psychological, social and spiritual care. Indeed, the spiritual side of care is critical and also mandated by CMS and the Conditions of Participation for hospice care in the United States. How this looks differs with each person, and the SilverStone Hospice team is working on a format for an intake map that includes a spiritual biography to reflect individual religions or beliefs, while also taking into account that some they support may have no formal belief and as such spiritual assistance needs to be tailored accordingly. 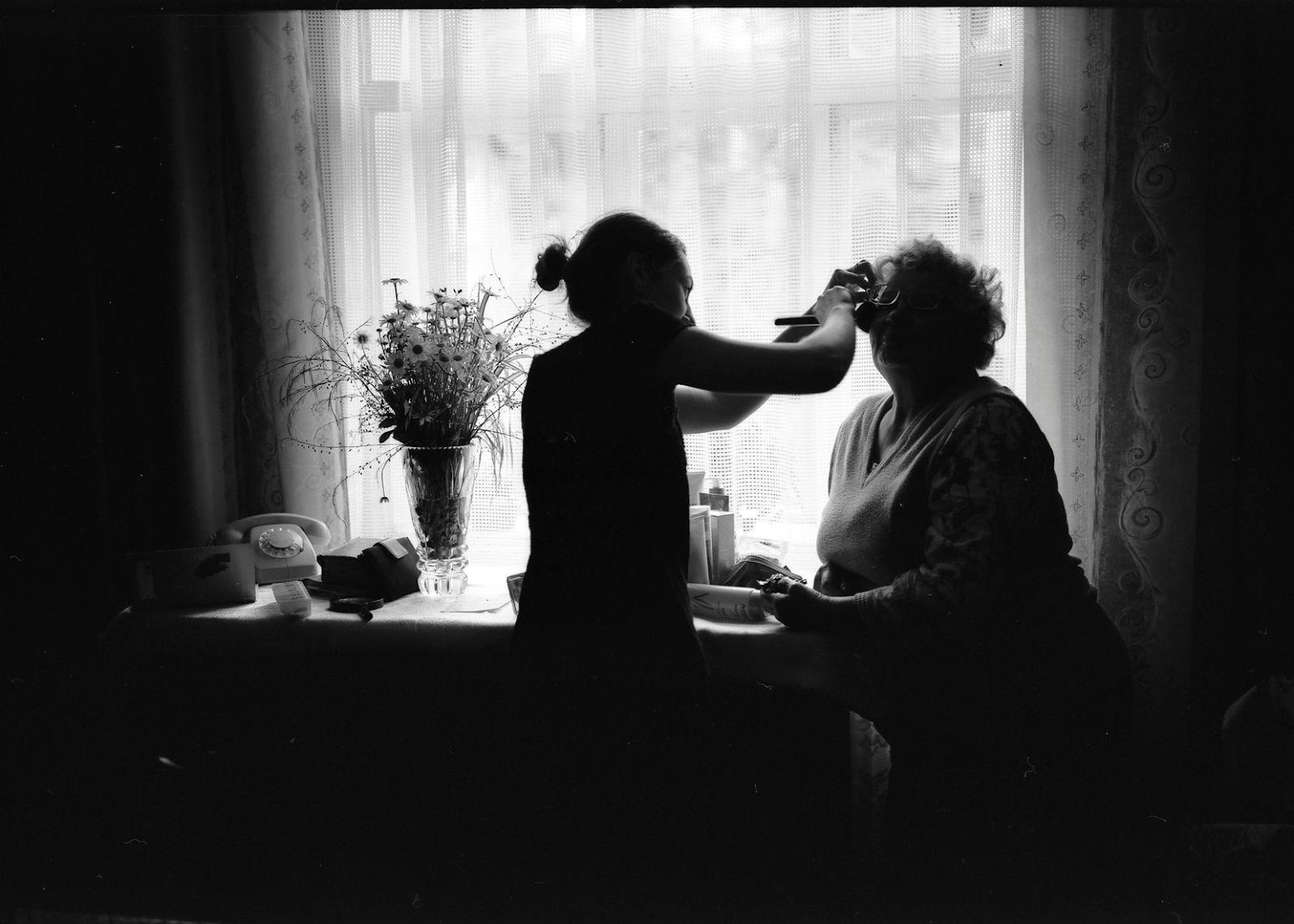 A caregiver helps an elderly woman put on makeup in her room.(Ivanna Hal / EyeEm / Getty Images/EyeEm)

From time to time, what the family wants is at odds with what has been expressed by the patient, and hospice will necessarily work to support the patient’s voice and wishes, even if they are no longer in a position to express those for themselves.

Montiel recalls another vigil with a dying mother who wasn’t on speaking terms with her only relative, a 40-year-old son. She wanted her son to visit one last time and had been waiting for his phone call. His call never came. Montiel found a photograph of the son in the room, and while holding her hand he said, “He’s here with you. Why don’t I read you a poem? I will pray with you, and if you need to leave with your son here, you can now.” The mother, enabled, gently exhaled and stopped breathing.

“I wouldn’t let go of her hand, kept waiting for the next breath to come,” Montiel says. He cried all the way home, but “the tears were of gratitude. I felt deeply honored she had allowed me to be part of her most sacred moment. These types of tears were new to me. They came from a place of fullness.”

Vigil volunteers often find themselves stepping into the home or room of someone they’ve never met, with a family they never knew they wanted to meet, and may never see again. Yet, there’s a feeling of becoming one with those that we serve in end-of-life care.

Montiel reflects that everything that’s come before has prepared him for this work. “I couldn’t have handled this before. It’s not easy. Patients and their families exist in contexts that are invariably theirs. It takes a deep form of intentionality to meet people where they are, to reach the bravery of ‘just being there.’ And when I got there, I learned what truly shifted my thinking: Grief is love that hasn’t found a place to go.”

The No One Dies Alone Program is about more than being present for the moment that a patient transitions from life. It can also involve the last weeks or months of their lives. Montiel remembers Mary Beth, a butterfly- and cat-loving woman in her 40s with multiple sclerosis. She was sadly estranged from her family after they disapproved of an earlier relationship. Reagan — the volunteer coordinator who had responded to Montiel’s first email and is now a director with SilverStone — hosted a pajama and manicure “girls’ night” for Mary Beth when she discovered Mary Beth was in her last days and would be alone all night.

“She got a manicure in the last week of her life and shared that she had never had a girls’ night sleepover party before,” Montiel says. “During this evening between Nischelle and Mary Beth, she said to Nischelle, ‘So this is what love feels like.’ It’s such a transcendent thing, to experience love. It almost makes you want to pause, empty your brain and not think of anything for an hour.” 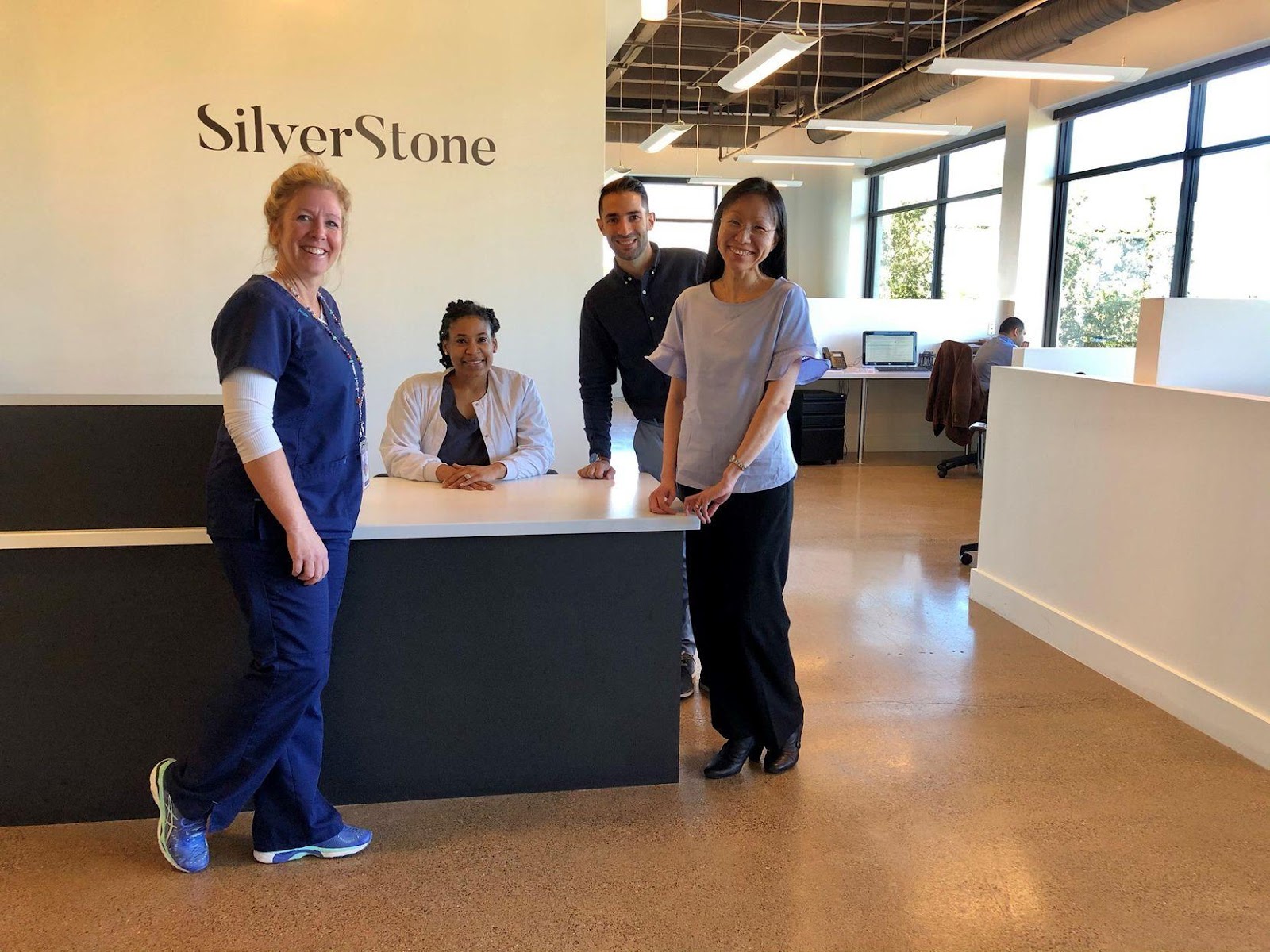 With SilverStone’s No One Dies Alone Program, team members skilled in end-of-life care support families and patients in their final hours. The vigil team is always accessible to families, even in the most challenging circumstances, including COVID-19. At SilverStone, everyone volunteers — from the CEO to the care team. New volunteers receive the training, skills and confidence to supportively care, empathize and guide families and patients through dying, grief and loss. “Volunteering is in the DNA of our company,” Reagan says.

At a recent vigil, the daughter of a patient told Reagan that her mother kept asking how she would get to God. “Maybe it’s not for us to figure out how to get to God,” Reagan said, addressing the mother who could still hear the conversation at this time. “Maybe God comes for us.” As the mom heard this, her breathing pattern gently shifted after a deep inhale and exhale. Such care is intuitively and tenderly given, or it fails in its purpose.

Montiel fervently believes that hospice work and hospice care shouldn’t bring sadness but a life-affirming joy. “I’m 6-foot-4, yet I feel like every time I leave, I’m a foot taller. The definition of who I am expands every time, and it’s enriching in ways that are hard to explain. I can now see how there are nurses that do this type of work until they can work no more because it’s very fulfilling. While we might not have the power to cure, we have the power to heal. It’s a true honor to do what we do.”

For most people, there’s only one place they want to be at the end of their life — at home. For every patient, and for every patient’s family, the wish is to have compassionate people who will take care of them and see them as family.

29 Questions To Ask Your Hospice Provider

What is Hospice? | Your Questions Answered By SilverStone Hospice

Is Coaching The Great Equalizer In The Push for Diversity and Inclusion in Corporate C-Suites?