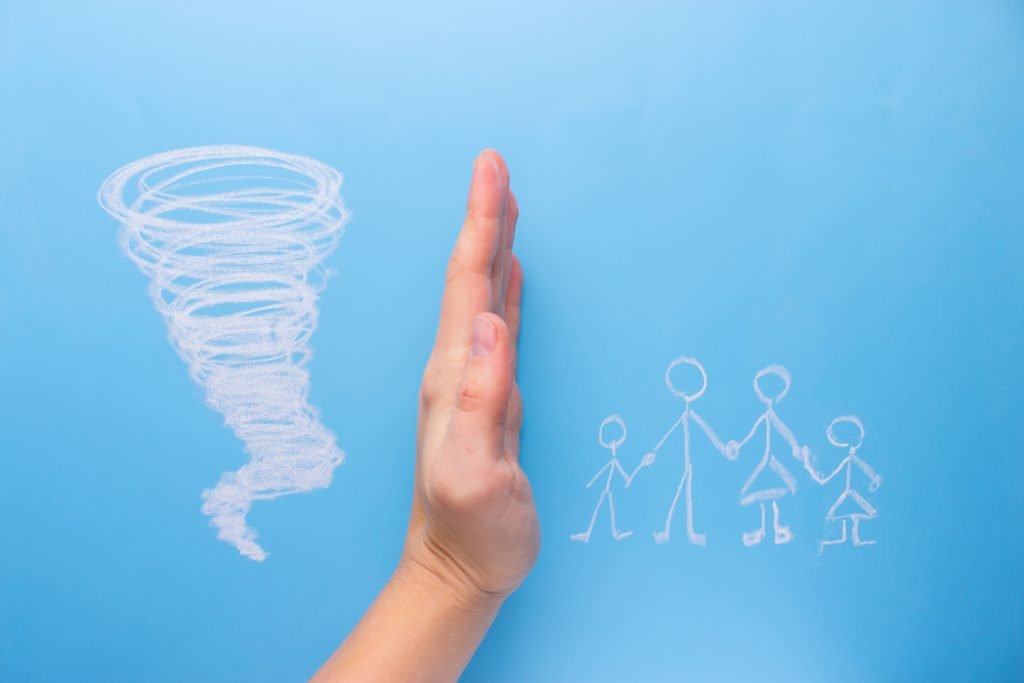 A Tornado Of A Childhood

Last week a wonderful family called me. They were worried about their little boy. Both parents were in recovery and had grown up in alcoholic families. They were concerned about their child. He was 7 and every night he awoke with terrors of days gone by. Time was when he lived with his natural father who had been active in addiction.

As I listened, I remembered my own tornado of a childhood.

My mother bottled her feelings in alcohol with the same gusto she put on Este Lauder perfume. After all, her husband (my father) committed suicide, her mother was institutionalized for depression, and my mother was left to live in an apartment that had a closet full of men’s ties that were everyday reminders of failure.

As a child of two alcoholics I carried a heavy burden. I was responsible for doing well, for having good manners and in general not making any noise. I was often confused and baffled by the flurry of the activities my home life waffled in – and I was frightened and scared.

At Greater Risk As Adults

Like me, many children and teens who live with an alcoholic or drug addicted parent experience a chaotic, scary and lonely life. Not only do these children face the stress and heartache of their parents’ drinking or drug use in their daily lives, they are at greater risk of eventually developing alcohol or other drug abuse and mental health problems themselves.

According to the Substance Abuse and Mental Health Services Administration (SAMHSA), 1 in 4 children in the U.S. experience alcohol abuse or drug addiction in their family. These children are at greater risk of eventually developing alcohol or other drug abuse and mental health problems themselves.

Addiction and substance abuse are a major concern in our country. From 2009 to 2014 an average of 8.7 million children 17 or younger lived in households with at least one substance abuse disorder (SAMSHA, 2017).

“Today approximately 5.7 million children under the age of 11 live in a home with a parent with substance abuse and one in three will enter foster care.”

As alcohol consumption has risen so has the harm associated with it. Emergency room visits, hospitalizations, car accidents, and alcohol related deaths have doubled in the last two decades.

Researchers have reported a 10.1% rise in the number of women who consumed alcohol between 2000 and 2016 and a 23.3% increase in binge drinking. This parenthetically coincides with an increase in advertising to females.

However, it was the opioid – crisis which takes approximately 130 lives per day (CDC), many of whom that are parents that spurned the creators of Sesame Street to take a look at ways to help.

When Sesame Street decided to tackle this enormous health issue, they turned to a handful of experts who could help, and of course, Jerry Moe was a collaborator.

“Children are often the first hurt and the Last helped when a parent has an addiction… so kids like (me) are typically confused and unsure of themselves…They don’t know what’s going on or have a language for talking about… They feel alone and might blame themselves for things happening in the family. Amid all that trauma, they often stop playing like a kid”. — Jerry Moe

Playing like a kid is gift often taken for granted and underestimated when it comes to life long mental health and overall wellbeing.

After my father died, my mom gave me a gift: she sent me away to Camp Wood Echo. Leon Rubenstein and his wife Rose owned Camp Wood Echo. Every summer they piled off to the outskirts of Ligoner, Pennsylvania, where the air was pure and horses ran free and city children learned how to play.

I was just a kid who learned how to make a bed with hospital corners, make a lanyard and a copper plated drawing, weave a basket, shoot a bow and arrow. Most of all, I got big, safe smiles and hugs and a feeling that the world was all right from Leon and his wife 🌹 Rose.

Leon was a social worker – and long before the wonderful Jerry Moe founded the world renown National Children’s Program at Betty Ford – I was unpacking my backpack full of rocks at Camp Wood Echo.

In 1983, I was working in San Diego as a clinician and social work professor. You have no idea how excited, energized and enthused I was to learn that Betty Ford now had a program for kids that grew up in alcoholic families.

That was when I first learned about Jerry Moe and how he created the scaffolding necessary to help vulnerable children. I knew both personally and professionally, children and the trauma they experience growing up in a home of confusion is so often overlooked.

Today, as then, the Hazelden Betty Ford Children’s Program provides support, education and care to kids who grow up in a family with alcohol or other drug addiction. My understanding is no child age 7-12 is turned away.

Here, children learn through play in a safe supportive environment, to express their feelings, and to learn that their parent’s or brother’s or sister’s addiction is not their fault. They also develop strategies to support their long-term wellbeing.

From my own clinical practice, I’ve seen that children may experience:

Meet Karli — The Child Of An Addict 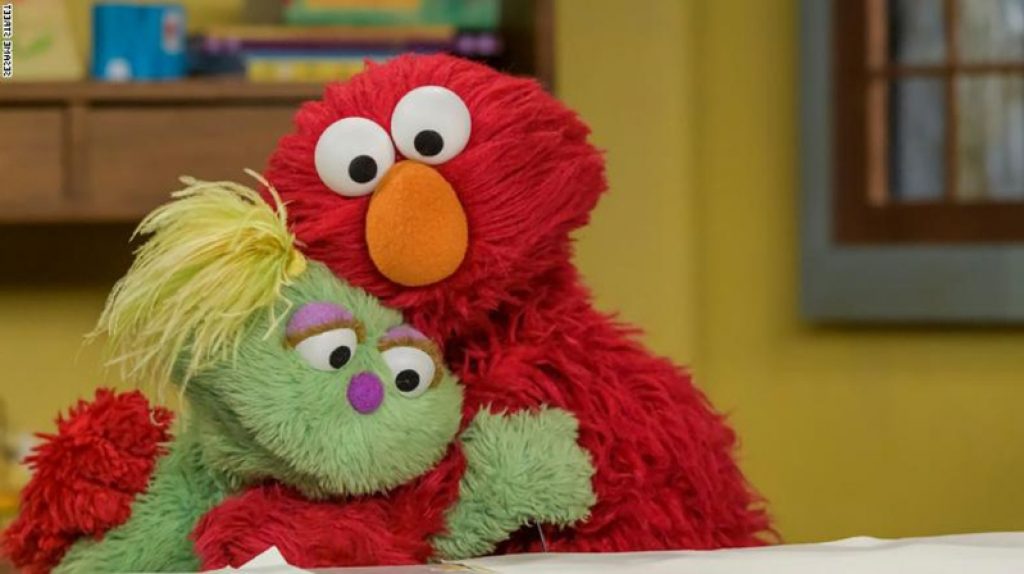 Sesame Street is taking a lead in helping children with vulnerabilities develop the necessary strategies to learn to thrive. Sesame Street has a new kid on the block- Karli. (Karli is a 6 1/2 year old green Muppet with yellow hair who explains her mother has a problem and is in recovery.

Through the lens of Karli and the other Muppets, kids learn 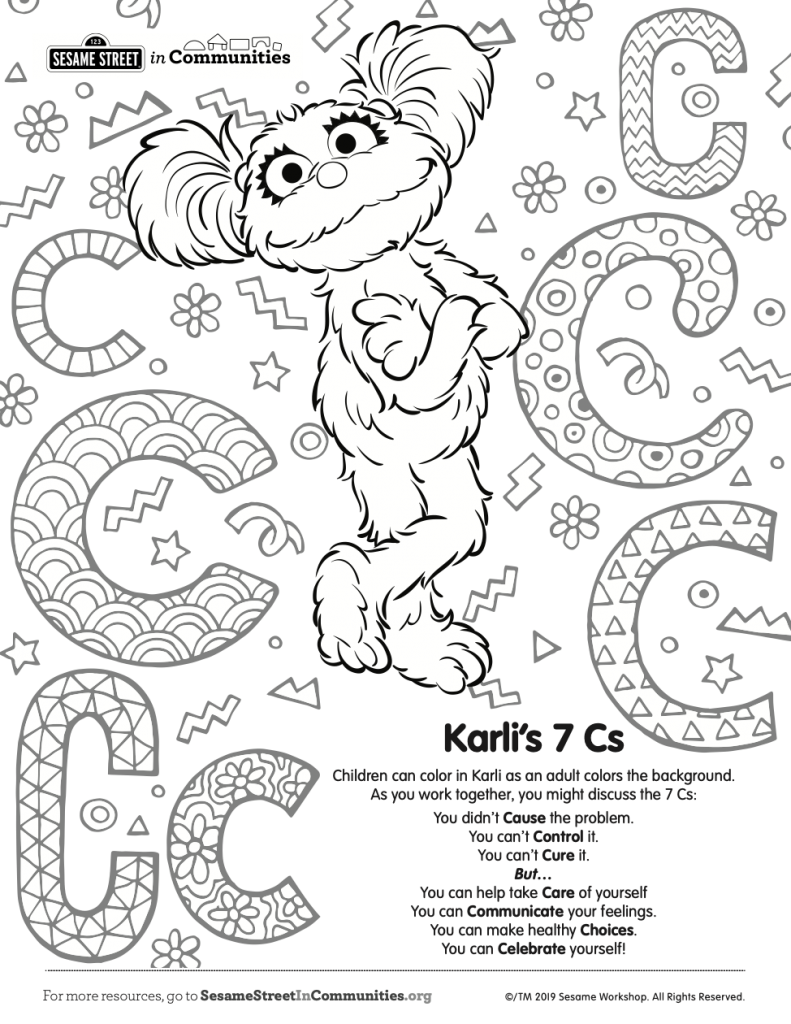 If you are worried about a child living in an alcoholic home, there is help. Videos in both English and Spanish are available through Sesame Street – and The Children’s Program and Jerry Moe are just a phone call away. And always know you can reach out to me and I will connect you and help you develop the necessary scaffolding to help your family.

Dr. Louise Stanger founded All About Interventions because she is passionate about helping families whose loved ones experience substance abuse, mental health, process addictions and chronic pain. She is committed to showing up for her clients and facilitating lasting change so families are free from sleepless, worrisome nights. Additionally, she speaks about these topics all around the country, trains staff at many treatment centers, and develops original family programs. In 2018, Louise became the recipient of the Peggy Albrecht Friendly House Excellence in Service Award. She most recently received the Interventionist of the Year Award from DB Resources in London and McLean Hospital - an affiliate of Harvard University, in 2019. To learn more, watch this video: https://www.youtube.com/watch?v=hDf5262P7I8 and visit her website at allaboutinterventions.com.