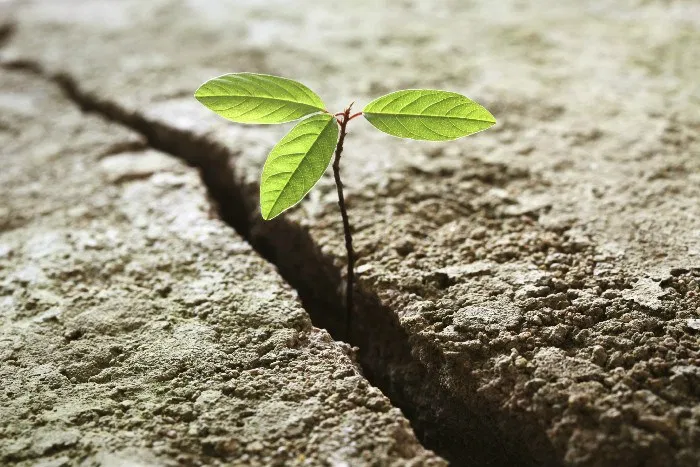 In your quest for personal and professional growth, there are inevitably unpredictable challenges that test your resolve. How can you create top performance and confidence in times of uncertainty? In this article, Tim Hallbom and I share perspectives on cultivating the resilience needed for accelerating growth and peak performance. Tim Hallbom is an international Neuro-Linguistic Programming trainer (rewiring brain patterns for top performance), and co-author of nine books.

In pivotal moments with seemingly impossible goals, we can choose to overcome the desire to quit by shifting our perspective to see challenges as opportunities. This reframing allows for introspection and the development of awareness, inner strength, and renewed purpose. Will the satisfaction of quitting be greater than the satisfaction of reaching an important goal? Focusing on the goal, or the “why”, is what Michelle Obama highlights in her book Becoming, “The most successful people I know have figured out how to live with criticism, to lean on the people who believe in them, and to push onward with their goals.”

Challenges that seem like insurmountable hurdles must be reexamined for their truth because we may self-sabotage from old belief systems. Limiting beliefs hinder our progress while positive beliefs accelerate our growth. Mistakes are a natural part of personal growth. Instead of dwelling in shame from a mistake, explore its origins, learn and have the courage to move forward.

Tim Hallbom explores the role that positive self-belief plays in becoming who you want to be, “People need to know in their gut and heart that they can make it happen…if they don’t think they can do it, they won’t.” Lack of self-confidence is usually due to a limiting belief, which is a belief accepted as true about yourself, other people or the world that holds you back in some way. These beliefs come from many places including family, childhood experiences, media and society. Unless the limiting beliefs are made conscious and updated, they will get in the way of your goals and who you want to become. Start to take inventory of the negative beliefs you believe to be true, areas you wish you were more confident in and messages you may have received growing up– how are these beliefs limiting and what is one action you can take to positively reframe them? With a strong belief system, you are one step closer to making your dream a reality.

My parents had a burning dream for me and my sisters to escape the war in Afghanistan in hope of a better life in America. My mother was born into a family of doctors and politicians (her father founded Afghanistan’s First Democratic Party) and instilled in me the democratic value of freedom. They turned their dream into a reality by immigrating to America, sacrificing their professional careers back home to restart. Feeling out of place in a new country and culture, I turned to comparison for external approval to fit in. Culturally and physically, I stood out and felt inferior due to these differences and created distance from my heritage in order to be accepted by my peers. Wanting to sooth my stress, my mother shared the loving advice of celebrating my diverse background and finding acceptance within my authentic self. “Everyone is carrying their own pain, don’t judge your insides by their outsides,” my mother reminded me. My mother’s love and nurturing wisdom gave me the courage to reevaluate my belief system.

Each day, I feel gratitude for her immense sacrifices for our family and lessons on resilience. Being my authentic self liberated me from self-sabotaging patterns and opened new opportunities that would not have appeared if I continued down the path of being someone else. What are your foundational beliefs and where did they come from? Are they helping or hindering your progress toward your goals?

Today, create a goal to commit to that is a true challenge for you and revisit your belief system using the steps below. Everyone has limiting beliefs and the best gift you can give yourself is to recognize the limitations that are blocking your potential. Acknowledge any fears you may have and your courage for taking the difficult road. Stick to your path through the end, you may be surprised and inspired by how far you can go! Steps to Reframing Limiting Beliefs:

2. Visualize your deepest dream and why you want it

3. Reflect on how possible you believe the dream is using a scale of 1-10

4. Consider your initial responses to the following prompts:

9. Create affirmations that are the opposite of the limitations from the previous step

10. Recite these affirmations while grounding yourself in the truth that limiting beliefs can change

Paul McCullough and Adam La Reau: “People perform better when they are better”

How Do You Become Mentally Strong?

What We Can Learn About Resilience From Elite Athletes