Why is this study significant?

Loneliness is a killer. Being lonely increases your mortality risk by over 45 percent, double the risk associated with obesity. Moreover, loneliness significantly increases your risk for developing numerous forms of mental illness, including depression, schizophrenia, anxiety and suicidality. Lonely individuals are also more likely to develop dementia, and to do so prematurely. Therefore, any forces that increase and/or perpetuate loneliness are of marked personal, clinical, public health and societal consequence. 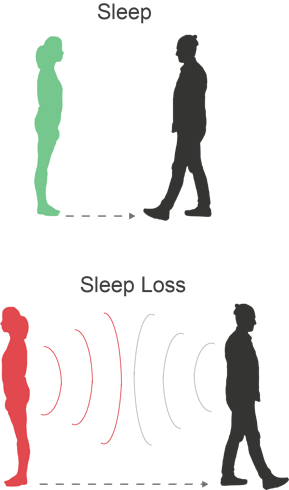 Our new study demonstrates that a lack of sleep is a causal trigger of human loneliness. In an analysis that encompasses more than 1,350 research participants, we systematically characterize this effect across behavioral, brain and societal levels. There were four key discoveries:

The latter finding was perhaps the most surprising to us. Even just one minute of experience with a sleep-deprived individual was more than enough to (i) recognize greater loneliness in a [sleep-deprived] person, and immediately cause someone to decide not to socially engage with an under-slept person, and (ii) suffer the viral transmission of loneliness, such that they themselves become infected and feel lonelier as a result. 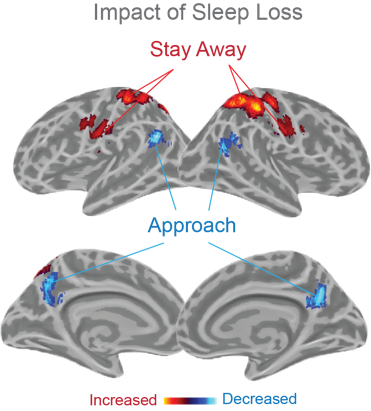 What is the relevance of this study?

These discoveries establish that the state of sleep loss acts as a social repellant, enforcing greater inter-personal separation on both sides of the social interaction. Furthermore, the asocial impact of a lack of sleep is transmissible — a self-perpetuating vicious cycle.

Our results directly raise the question of a link between the social withdrawal and/or asocial behavior observed in every major psychiatric disorder and the comorbid sleep disruption reported in all these conditions. If correct, could we place a greater focus on correcting sleep in these conditions and improve such social-impairment symptoms in mental illness?

More generally, our findings point to a potential relationship between the rapidly rising rate of loneliness in developed nations, and the co-occurring sleep-loss epidemic in society. Experiencing loneliness puts you at greater risk for poor health and premature death down the line. Therefore, public-health campaigns focused on sleep (of which no first-world nation has yet undertaken) may bend the arrow of escalating loneliness back down, lowering the marked personal and financial cost associated with social isolation.

What should you take away from this study?

We human beings were not designed to be alone. Sleep is a glue that, biologically and psychologically, binds us together as a species. Ironically, sleep is often viewed as something that takes us away from social activity. The opposite appears to be true. Sleep reconnects us with our social circle; with our friends, colleagues, partners and even with strangers.

What is the bottom line?

Every major disease that is killing us in the developed world — from Alzheimer’s to cancer, cardiovascular disease and stroke, to diabetes and obesity — have significant (and many causal) links to insufficient sleep. Loneliness, another killer, must now be added to that list.

The research was published in the journal Nature Communications.

This Bad Habit Could Be Making You a Lot Lonelier

The Loneliness Effect, and 7 Measures to Overcome it

Is social media making you lonely?