A board game that requires wit and is played on an 8×8 grid game board is probably the only similarity that chess and checkers have. One may believe that one is harder than the other, but one might also protest that the difficulty of each game is the same. Depending on how you play it, the answer can be either.

Physically, the only difference in the games are the number of game pieces and the shape of each piece. In terms of game mechanics, they actually are two different board games, each having their own unique feel.

Starting with their history, checkers is believed to have been around for thousands of years dating from 3000 BC, while chess originated around the 6th century (early form known as chaturanga). One thing that’s been debated for a very long time is “which is harder?”, and the answer lies in how each player interprets the game itself.

The first game of chess was unearthed in the city of Ur and looks surprisingly similar to our modern checkerboard. However, there’s no way to know how the game was played.  The Egyptian pharaohs played a five by five board game, and we know from both Homer and Plato’s writings that they played a game similar to checkers that dates back about 3500 years.

The French also developed a version of checkers roughly 3000 years ago called Fierges. These rules didn’t require you to capture your opponent’s pawns to win, but you could if you found an opportunity to do so.

Chess dates back 1500 years. It started in India, but quickly spread to Persia. As the Arabs invaded, the Muslim community took up the game and it spread through Spain and Southern Europe.  Another version of the game spread from the Khanates Muslim territories throughout Russia.

Our modern chess game comes from the piece changes in Europe in the 15th century. Modern tournaments began in the late 19th century. In 1883, chess clocks were developed for competitive play. The first world chess championship took place in 1866.

For many players, the game is about the story. Checkers games tend to be the same every time you play. There are a limited number of moves, and games go very quickly.  Chess is different every time. Every game is its own story, which makes it more complex, and perhaps more interesting.

Super computers can solve a checkers game in 2 weeks while a chess game takes a month or two, but a person’s mind is not the same as a super computer. A player will therefore still need to strategize to win.

The debate will always continue, and however one views them, both are two player board games that need strategy to win.  In Chess, you are always thinking ahead.  Each pieces moves differently and everyone operates differently.  You’re in for a rude awakening if you think that everyone thinks like you.

Chess players anticipate future moves and will position their pieces in such a way that each one strengthens other pieces on the board. They are working together for the common goal in a common plan which is to checkmate the opponent’s King.

So in chess, the move you make is a move that involves thinking ahead a great deal of the time to gauge how this will benefit you in the longer term. This should be the rationale for any decision activity – will it benefit you in the longer term, positions you to win and strengthens the previous work you have done? To continue the analogy, chess is a more complex game than checkers because there are many more variables; just like in our world. It requires more thinking, planning, concentration and hard work and sometimes revisions of the plan. To win also takes the qualities of perseverance and stamina with many obstacles to navigate.

Checkers is easier and demands very little forethought and concentration. Because it is easier, it is often the manner in which many people approach receiving their opportunities.  That is why strategy is much more important in chess than in checkers and why complex, competitive decision situations should be approached this way.

Regardless the level of play or strength, there is one thing that every dedicated player “decision maker” can achieve and that is the ability to “think like a grandmaster”. Very often we struggle with problems such as poor calculation skills, lack of opening preparation, little endgame knowledge or even handling the time pressure that prevents us from reaching a higher level.

However, this does not mean that we are far from the thought process of a Grandmaster; it only means that GMs manage to solve these situations successfully easier and more often than we do.  How can we think more like a grandmaster?  What is it that they see differently from the rest?

Do not get distracted by “cheap” tactics, look deeper

Very often the weaker players are easily tempted by quick attacks out of the opening or sometimes tactics in the middlegame that are not so difficult to spot. The thought of “but maybe my opponent won’t see it” has to be completely erased from your mind; you will lose more with it than you will win.

A GM is not disturbed by this. In fact, tactics is the last thing he will try during the game and it can occur because of two things – there is either no way to avoid them or they look promising. Look for deeper moves, sound moves that improve your position and create subtle problems for your opponent; that’s one of the key things.

Evaluation of the position

Believe it or not, this is perhaps one of the most important things to master in order to achieve success in chess. Most of your decisions come from a previous assessment of the position you’re playing. A wrong evaluation will lead to a bad plan and vice-versa. If your position is worse you need to find out what exactly is wrong with it and try to improve it.

If you have an advantage you need to figure out what kind of advantage it is and how to make the maximum of it. If the position is equal keep making improvements or static moves that don’t deteriorate your position, wait your chance and let your opponent take the risk. Many GMs apply this strategy when playing weaker opposition. They strengthen their positions and “wait” for the opponent to (wrongly) start the first attack.

Learn to appreciate defense as you appreciate attack. Very often the art of attack is rightly praised, and when we face positions that look ugly or are difficult to defend for our opponent we overestimate our chances thinking that the victory is certain and then it is not. Open your mind and have no prejudice about the position. It is possible that you’re better but not enough to win and that’s OK.

One thing you can’t do is try to win it at all cost. Sometimes we over-press, deteriorate our own position and then the outcome is decided against us. We should always be aware of our opponent’s chances, especially when they are worse!

Yes, emotions. Feelings are a great enemy for every chess player but when you lack experience it is even worse. They usually arise when you’re winning and that’s the worst part. You’re excited about what’s happening on the board, you start imagining already a post-mortem analysis and suddenly the victory is further and further away and more often than not it slips away.

A GM keeps his blood cold at all stages. This is useful, as it keeps the logical reasoning and concentration only on what’s happening on the board. Don’t get carried away by emotions at the chess board. Try to keep it simple as if you were fulfilling a school test; just answer the questions (play the right moves).

A famous Cuban chess player, Capablanca once said that if you see a good move you should play it. If you believe in it, then just play it; it doesn’t matter if you lose in the end. The point is that you should base your decisions only on your judgement.

If you feel like the position demands to take risks go ahead. Do not be intimidated by the strength of your adversary or by what your coach or training partner could say to you after the game. Simply trust your reasoning behind your moves and go ahead, if you lose you also learn. 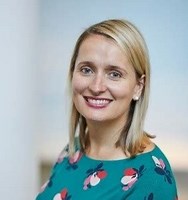 Is Chess a Good Hobby? Yes It Is – And Here are its 6 Benefits!

How Chess is Helping Communities Thrive